Due to the COVID-19 pandemic, there has been a pet business boom! 2020 was probably the best year ever for dogs. More dogs are finding homes and fewer are being left in shelters. The economy for dogs is booming.

There were surges in vet visits, increased sales of leashes and unfortunately even a rise in dog-buying scams. 20% of respondents to a Nielsen survey said they adopted one or more dogs or cats between March and June. This was up by 5% from the same period in 2019.

At shelters, COVID-19 precautions restricted public visits. This led to fewer dogs being adopted in some areas. Instead of housing animals shelters instead became focused on placing animals into foster homes, This increase has been significant.

Euthanasia within shelters is down 43% due to the decreased intake, expanded fostering and a rise in pets finding homes.

More time for owners to spend with their dogs has seen an increase in dog leash sales. Pet toy sales have also increased.

Veterinary businesses have also seen an increase in business from new dog parents and owners who have more time to notice issues with their pets. Whilst pandemic related restrictions initially slowed vet visits, they were busier than ever when the shutdowns lifted.

Average daily revenue at vet practices increased 14% in July 2020 over the same period during the previous year. Revenue from visits for vaccines rose over 21%.

Pet medical insurance providers have also seen a rise in business. One such company Trupanion enrolled 744,727 up to June 30, 2020. This equated to a rise of 29% over the same period last year.

Other pet businesses are also seeing growth in their business. Online pet product store Chewy had its busiest quarter ever. The company’s stock price also hit $60 in August after slipping below $23 in March.

The pet business boom has seen and increased demand for food, treats and chews, and supplies for the house and new pets.

One such product which has seen a dramatic increase in sales has been dog diapers. Producer have been busier than ever. As owners were less able to leave their properties in cities with their puppies they have had to rely on alternative house training methods. One report claims that sales increased to $24 million during the first half of 2020, an increase of 202% over the same period last year.

The pandemic has also posed a risks for dogs as well. Pet parents who have become ill with COVID-19 have had to give their dogs and cats to shelters. 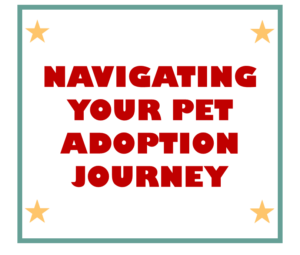